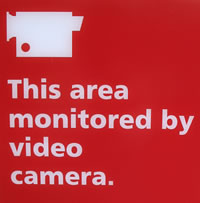 Bruce Schneier easily disarms the argument that says security and civil liberties must always be traded one for one. That’s only true if security is an afterthought for whatever process or project is in question.

It’s easy to refute the notion that all security comes at the expense of liberty. Arming pilots, reinforcing cockpit doors, and teaching flight attendants karate are all examples of security measures that have no effect on individual privacy or liberties. So are better authentication of airport maintenance workers, or dead-man switches that force planes to automatically land at the closest airport, or armed air marshals traveling on flights.

Liberty-depriving security measures are most often found when system designers failed to take security into account from the beginning. They’re Band-aids, and evidence of bad security planning. When security is designed into a system, it can work without forcing people to give up their freedoms.

Here’s an example: securing a room. Option one: convert the room into an impregnable vault. Option two: put locks on the door, bars on the windows, and alarm everything. Option three: don’t bother securing the room; instead, post a guard in the room who records the ID of everyone entering and makes sure they should be allowed in.

Option one is the best, but is unrealistic. Impregnable vaults just don’t exist, getting close is prohibitively expensive, and turning a room into a vault greatly lessens its usefulness as a room. Option two is the realistic best; combine the strengths of prevention, detection, and response to achieve resilient security. Option three is the worst. It’s far more expensive than option two, and the most invasive and easiest to defeat of all three options. It’s also a sure sign of bad planning; designers built the room, and only then realized that they needed security. Rather then spend the effort installing door locks and alarms, they took the easy way out and invaded people’s privacy.