When buying or subscribing to document automation software, you need to take security into account. But how can you know what to look for and what questions to ask potential vendors?

We think you should focus on two specific security risks: transit risk and storage risk.

You should ask potential document automation software vendors if their “software client”, which will be installed on your PC, will communicate with their server. If so, you should ask if that communication is encrypted.

If the vendor mentions TLS (new name) or SSL (old name) encryption, then you’re probably in good shape. If they don’t mention any encryption, you should be concerned that your communication could be eavesdropped on via a man-in-the-middle attack.

The other risk you need to pay attention to is storage risk. While your information may arrive safely on the document automation provider’s servers, if those servers are poorly protected a hacker might sneak in and grab your information.

So ask about the measures the document automation provider takes to secure documents when “at rest” or “in storage”. They should mention firewalls and possibly even encryption at rest.

However, there is one method of security that is even better than those: a document automation provider that deletes all uploaded content within a specified time range is the most secure of all. It’s impossible for a hacker to steal something that isn’t there.

In conclusion, consider both transit risk and storage risk when choosing a document automation software provider. Conscientious vendors take security precautions like encryption and regular deletion. It’s your right to ask potential vendors about their security precautions before you agree to become their customer. After all, the customer is always right! 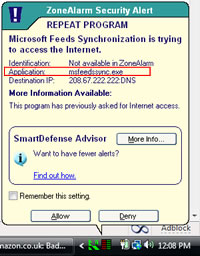